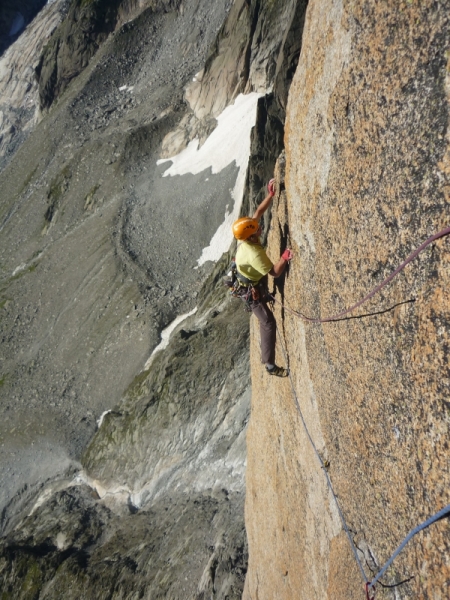 This summer I did quite a few high quality crack climbs. Here are some of  them:

With Jonno, I started the season with one of my favourite routes, 5 great pitches of very fun cracks on Brevent, I think it’s the fourth time I’ve done it, it’s so fun. Ignoring the official topo it’s a 6b bolted pitch to warm up on followed by a 6c+ and three 6c’s. These four pitches are the money. 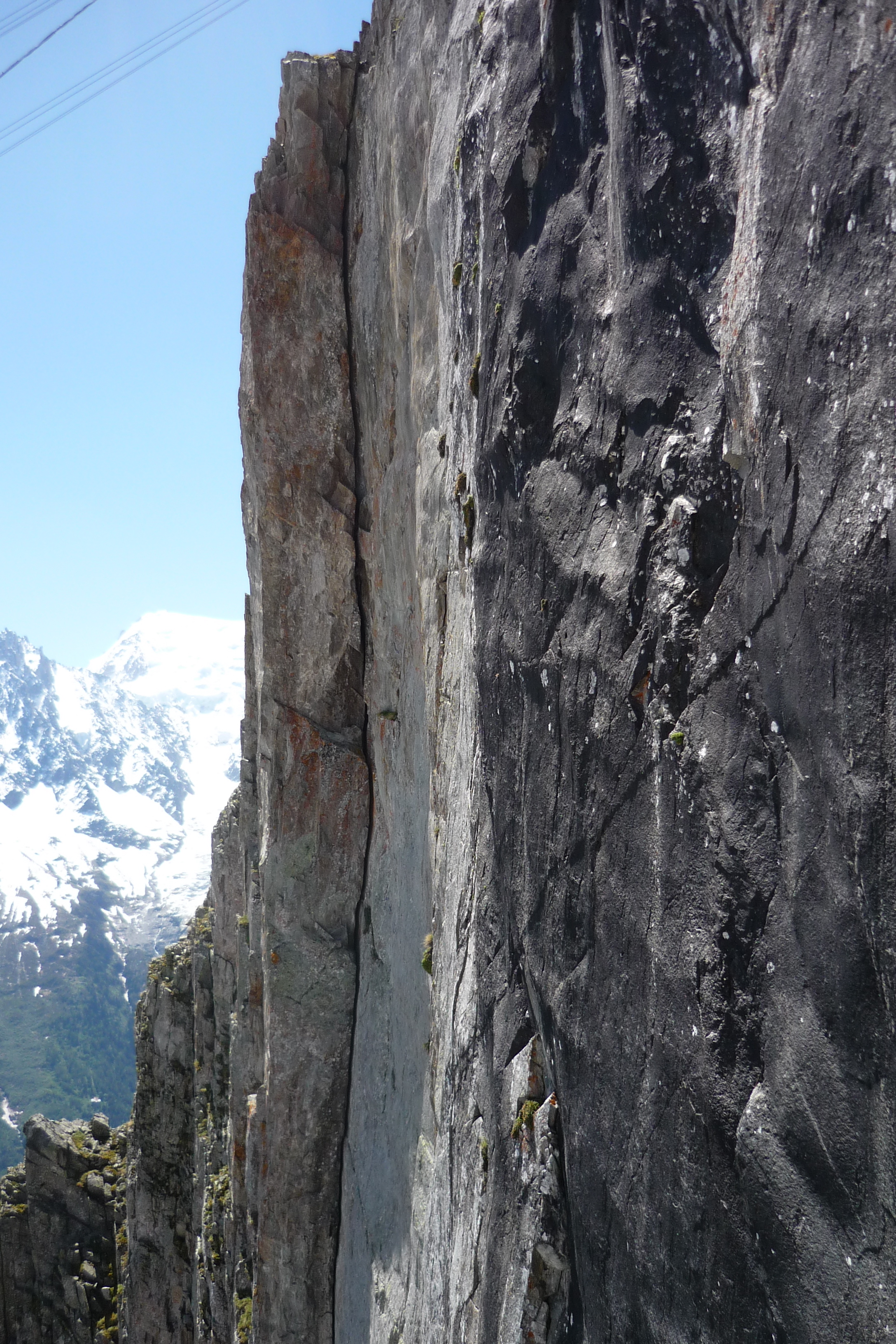 Next route was on one of the coolest features in the range, the Petit Clocher du Portalet.

We weren’t feeling quite man enough to get on Etat du Choc which is supposed to be amazing. So chose a nice looking line up the middle of the east face, Esprit du Clocher. It started with a rude 6a+ pitch. 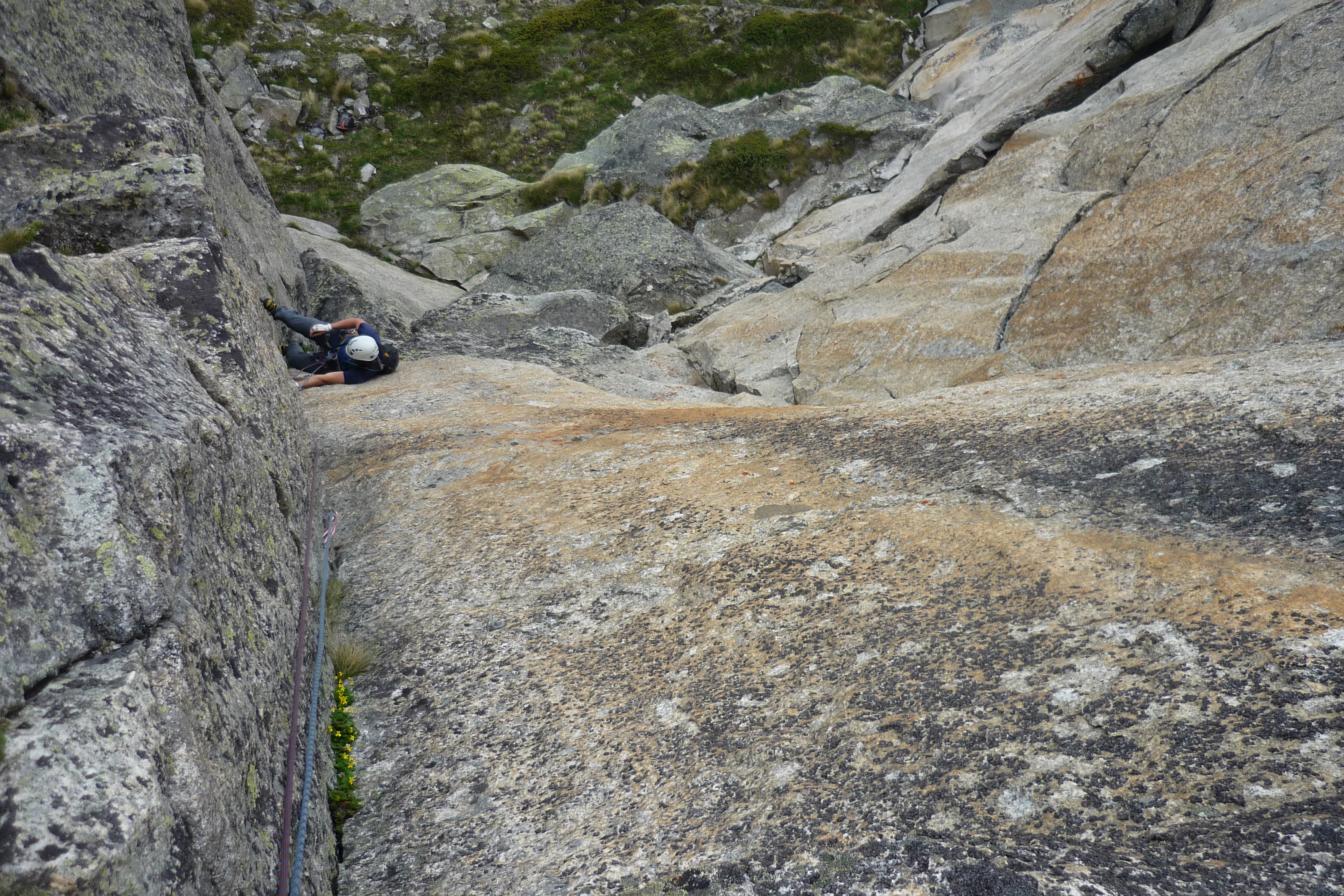 The 6a++ pitch to get off the deck 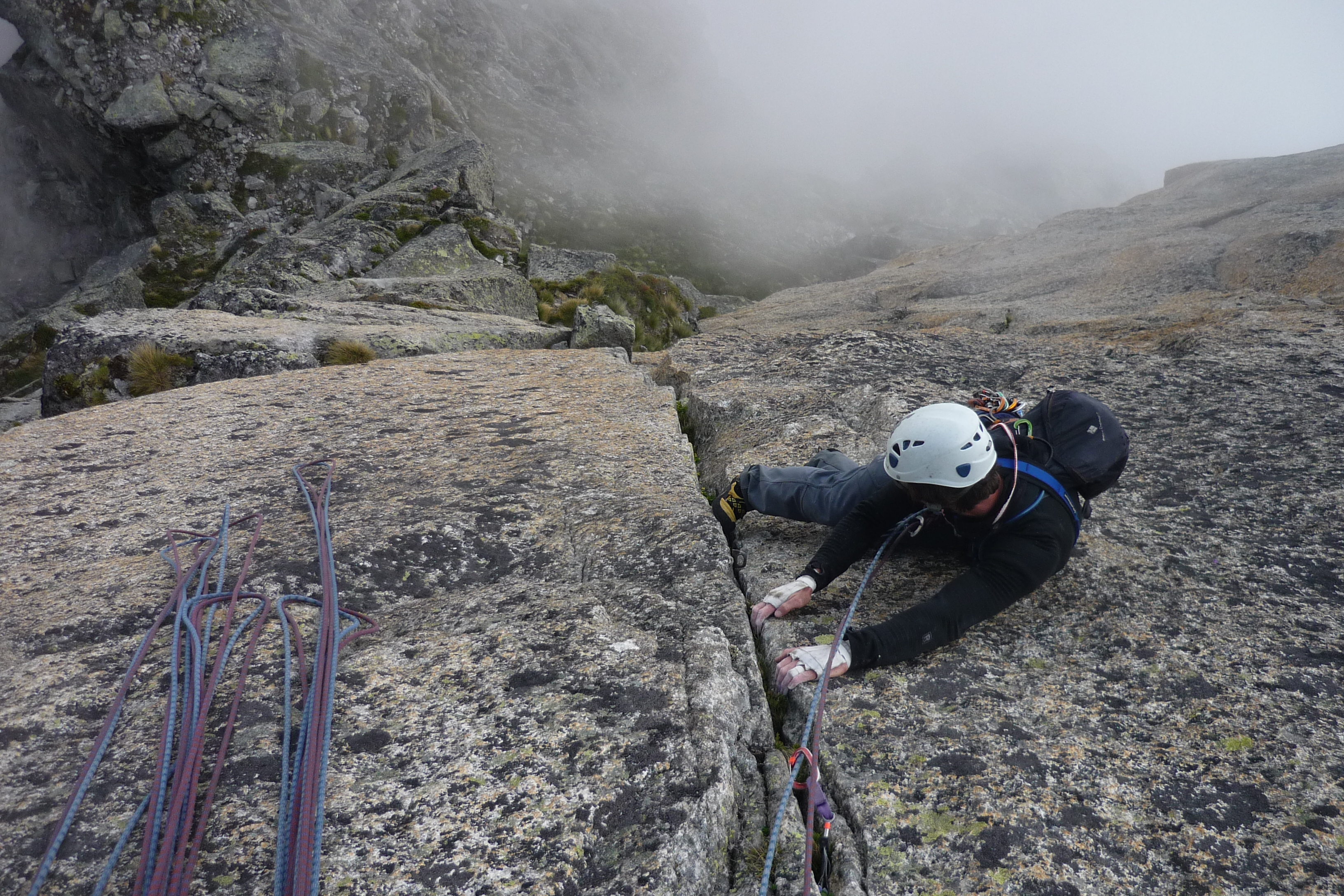 We stretched pitches 3, 4, 5  into two 6c ish pitches which were excellent cracks with a difficult move left followed by a pumpy traverse and full gas below on pitch 5. 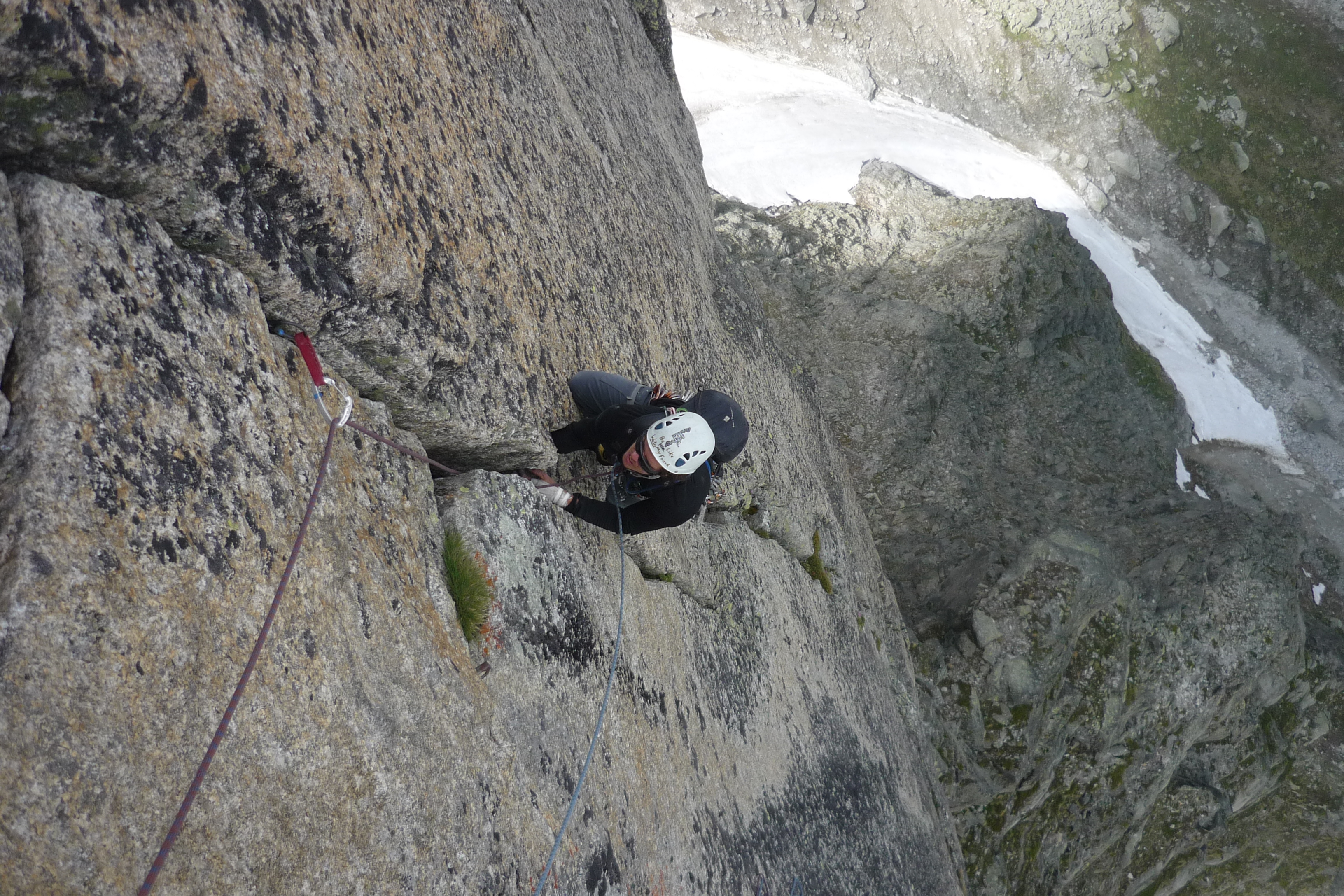 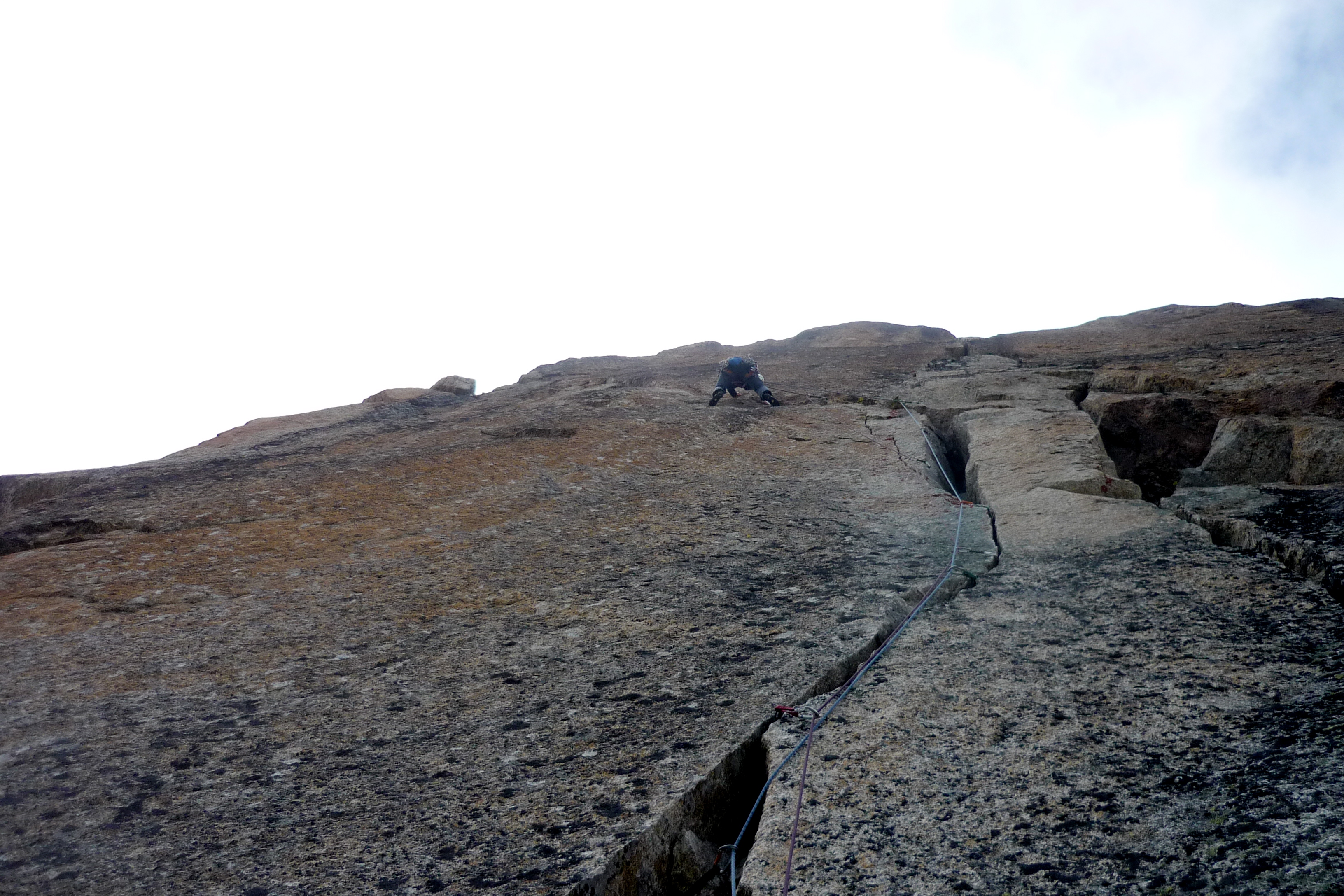 Jonno in the pumpy traverse

L’Envers des Aiguilles was the next stop with New Zealand mountain man, Stefan Sporli for the routes: California Dream and Chloe. We found a few quality pitches in California Dream! 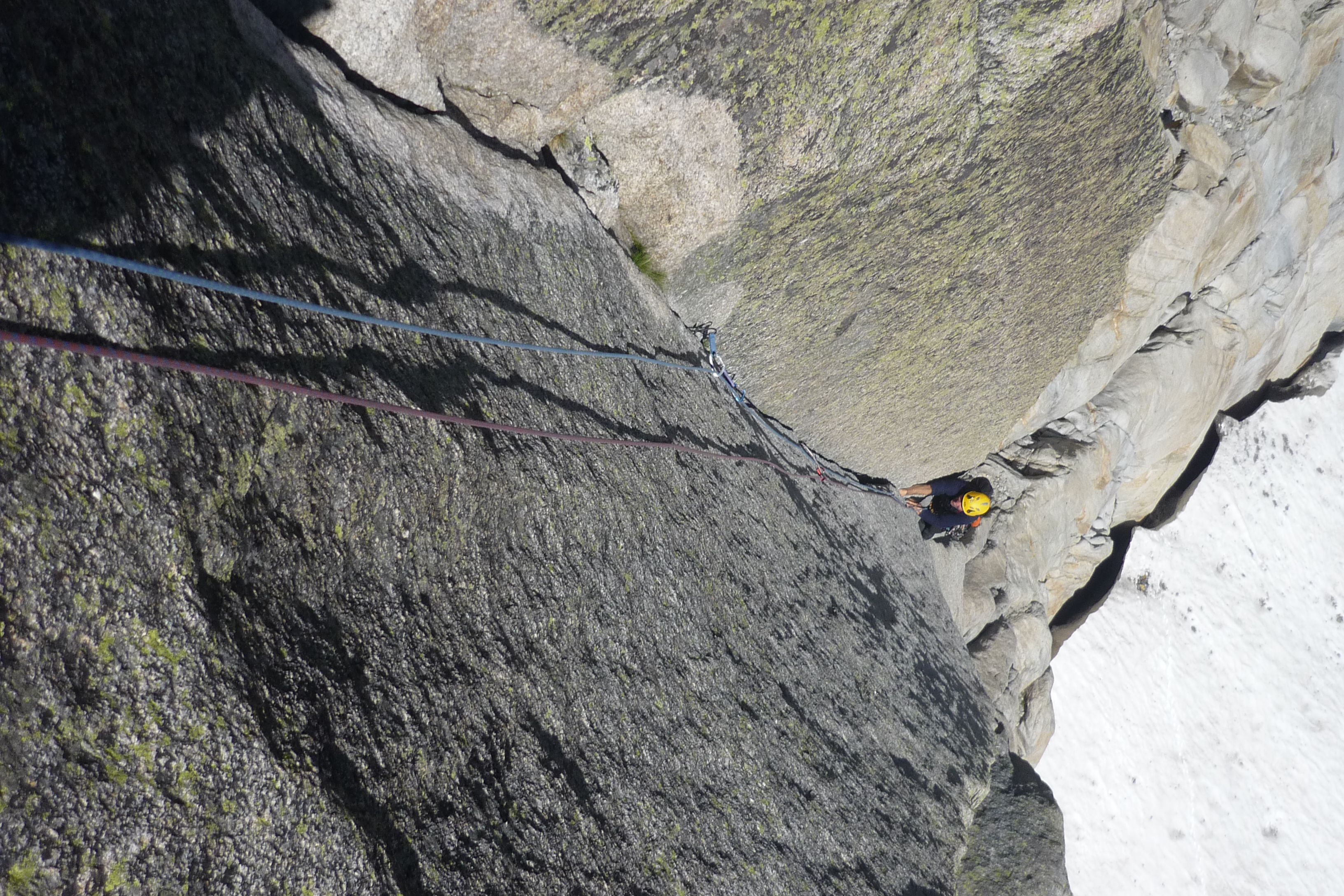 I was really happy to get into the hills with my good friend Olivier again after he had taken a bad fall and broken his pelvis last year. A brave guy! Back climbing difficult trad routes not long after a drawn out recovery. We headed up to Les Flammes de Pierre, to do Le Feu de la Rampe. It was a descent route with an excellent crux pitch in the middle! 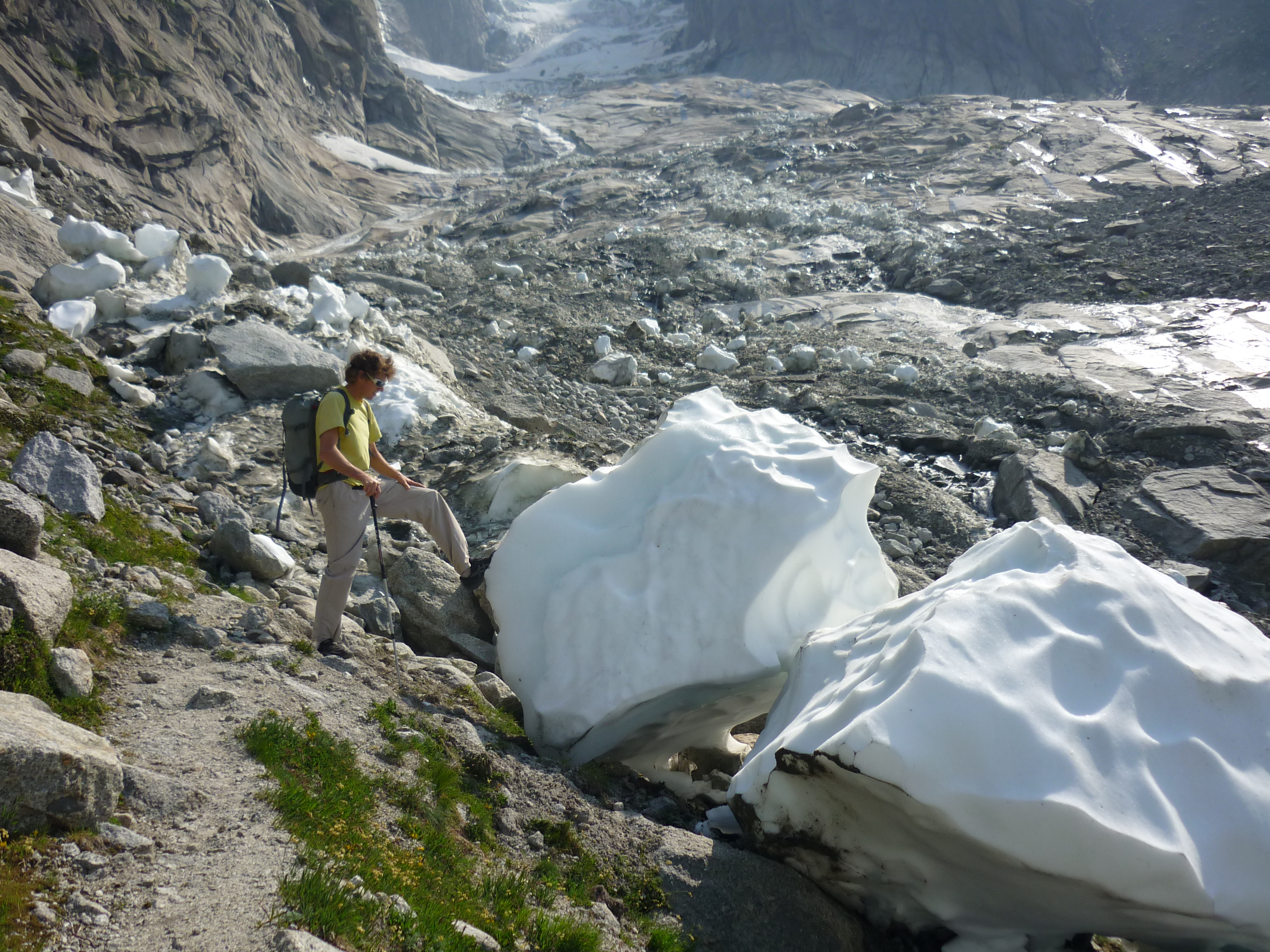 Chunks of ice that have fallen from the tongue of the glacier a long way up! 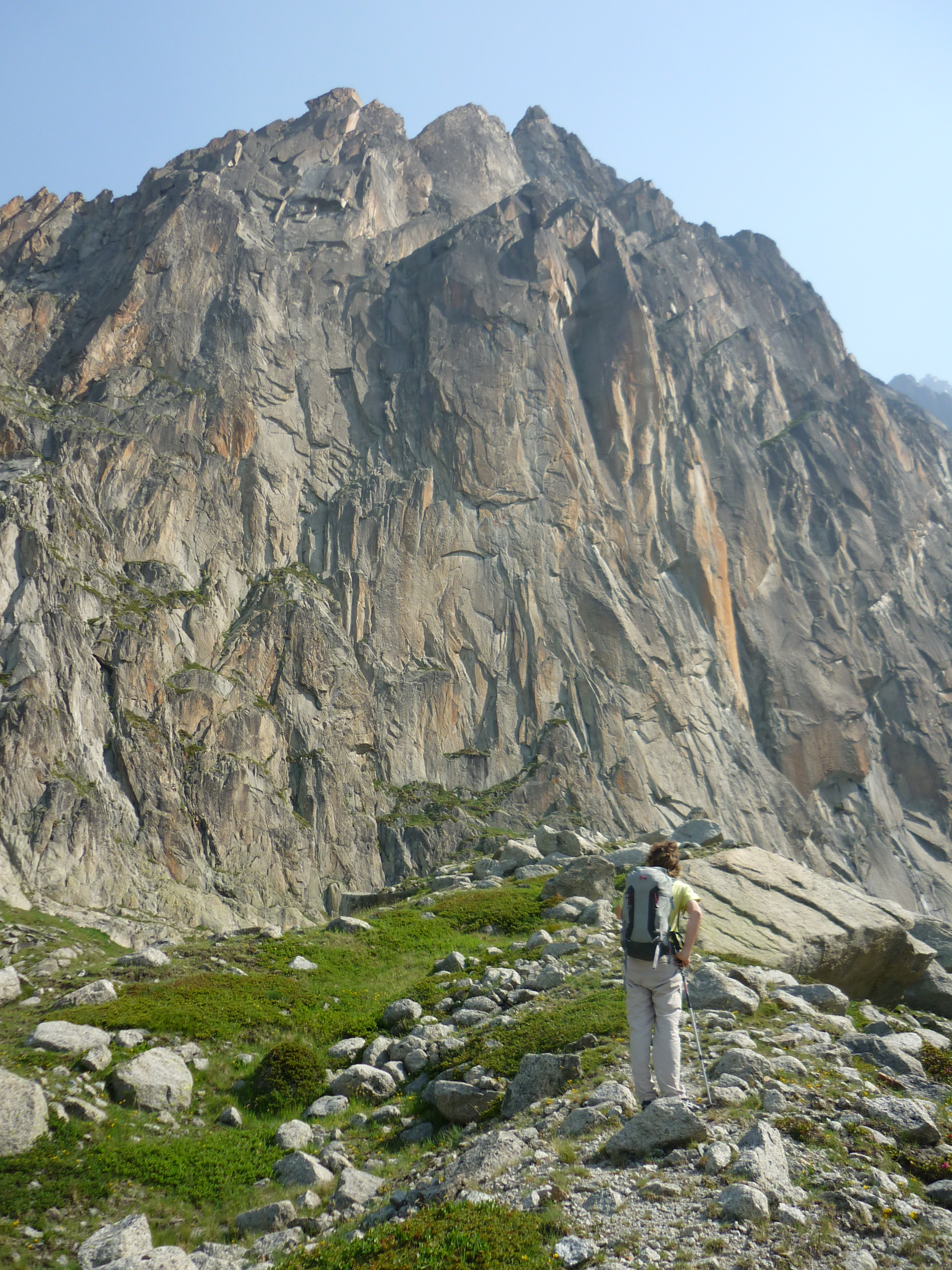 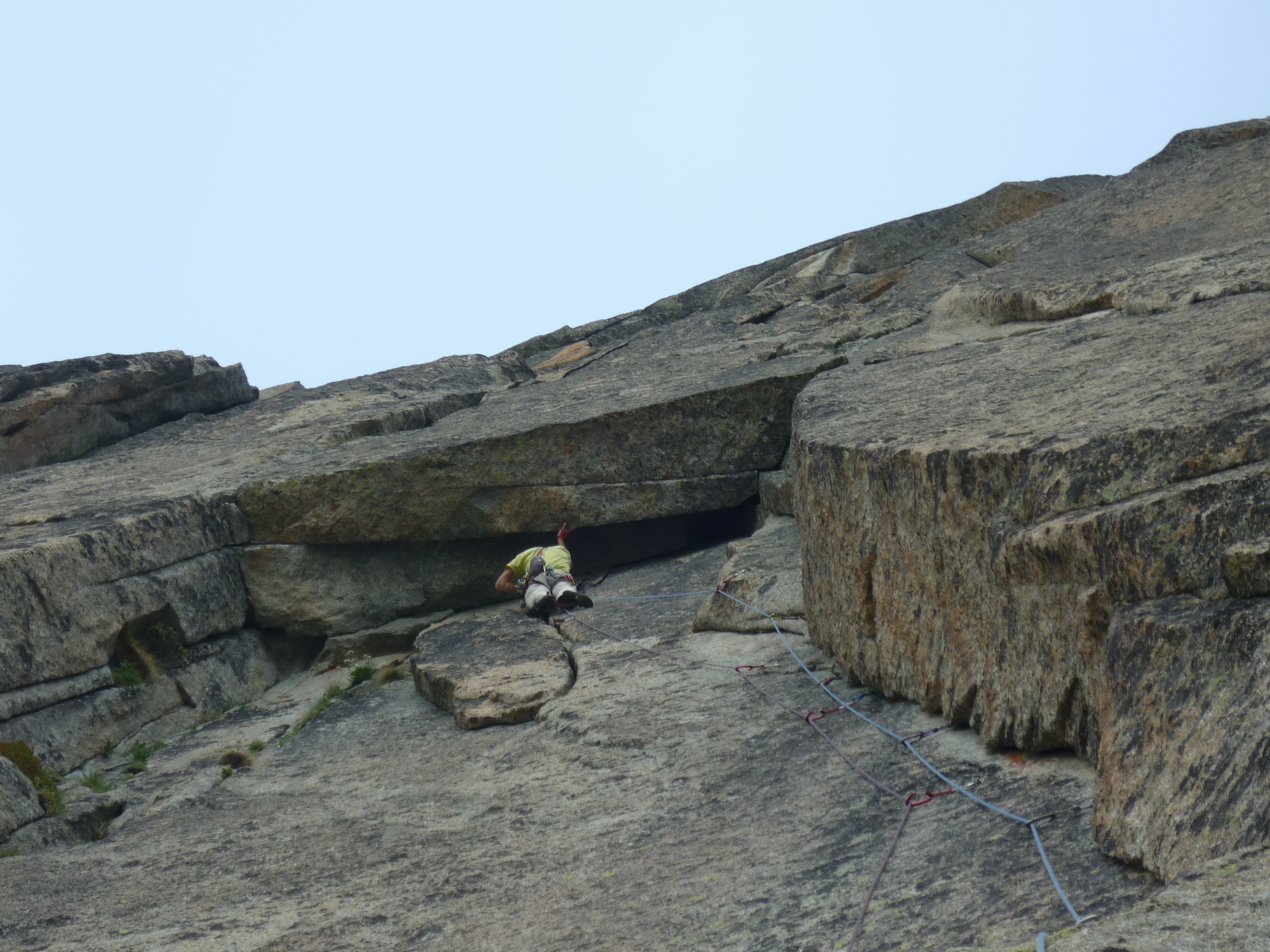 The excellent pitch, a soft 7a, good times! 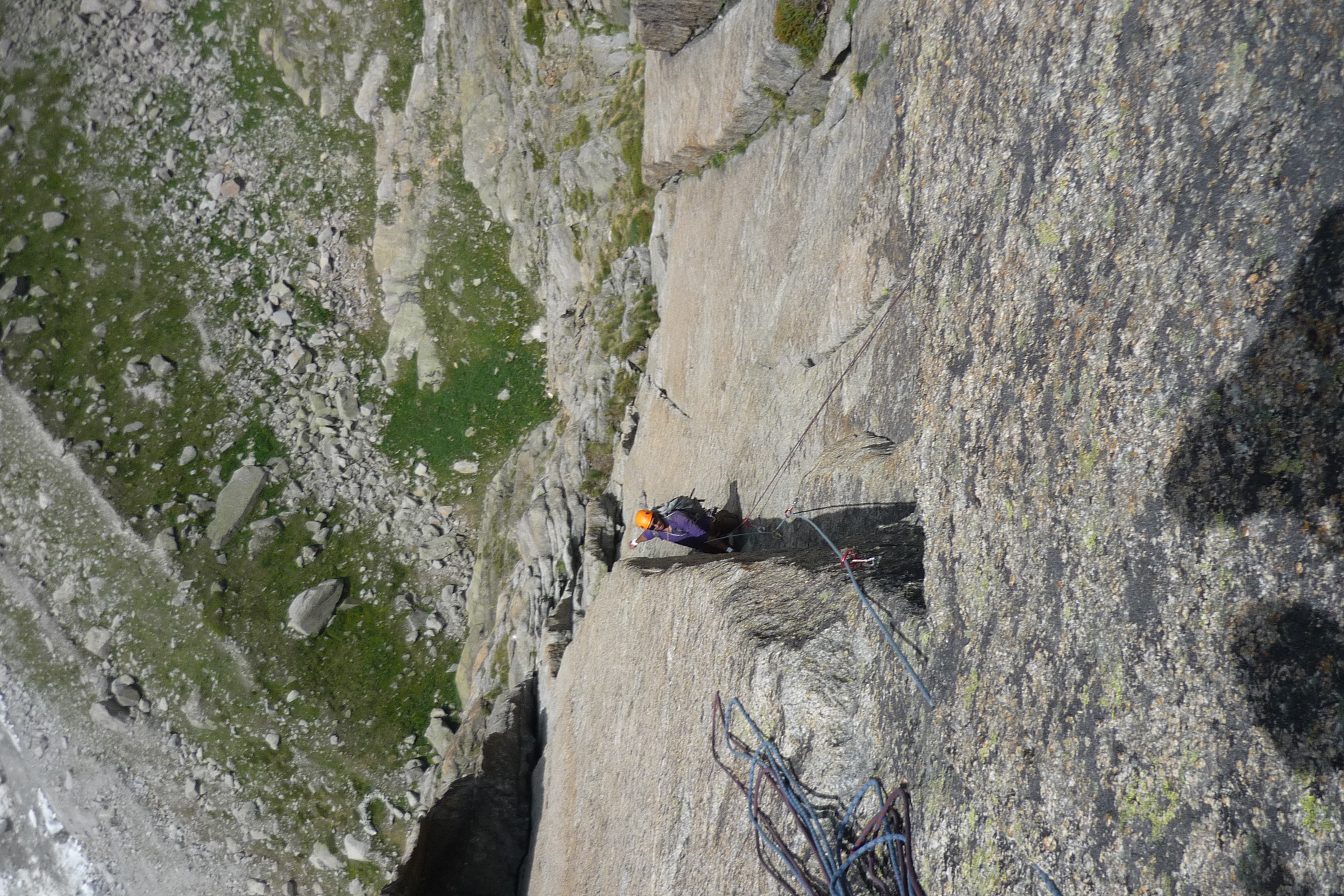 another view of same pitch

With Oliv, we then fell upon a gem of the range, in the Argentiere area on Le Minaret. The route’s called Versant Satanique. 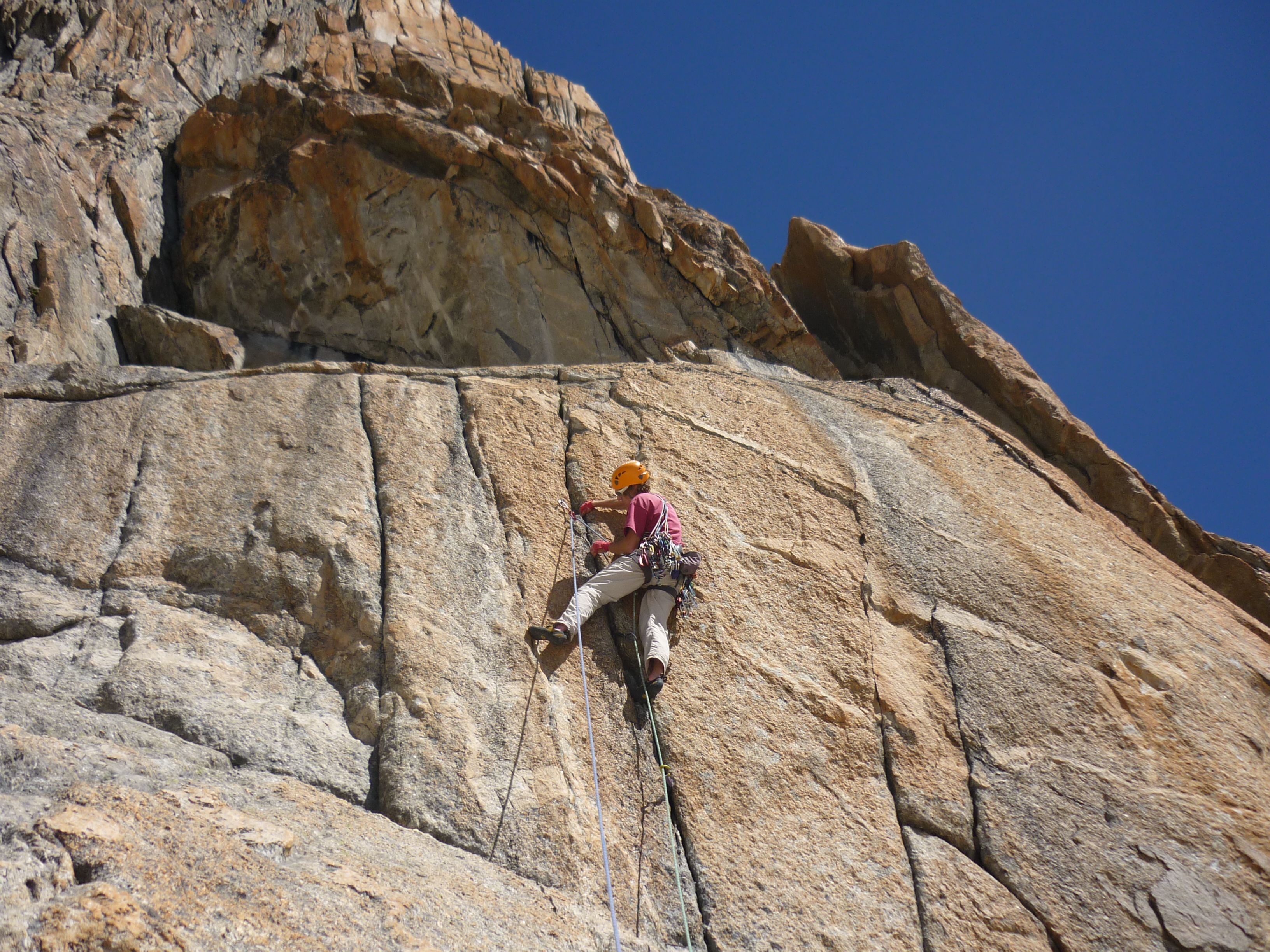 pitch 2 is where the good stuff starts 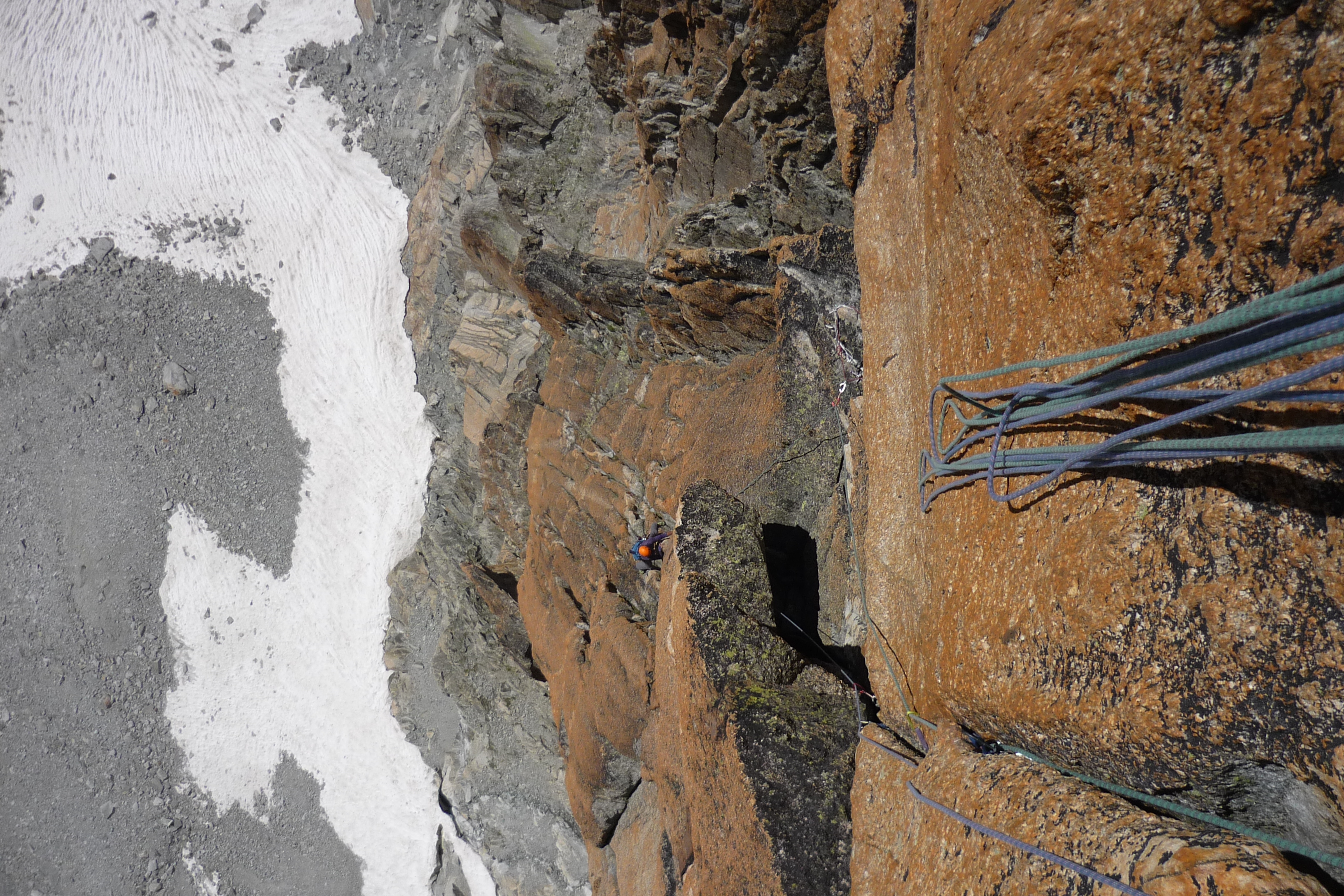 parallel cracks run like train tracks up this face 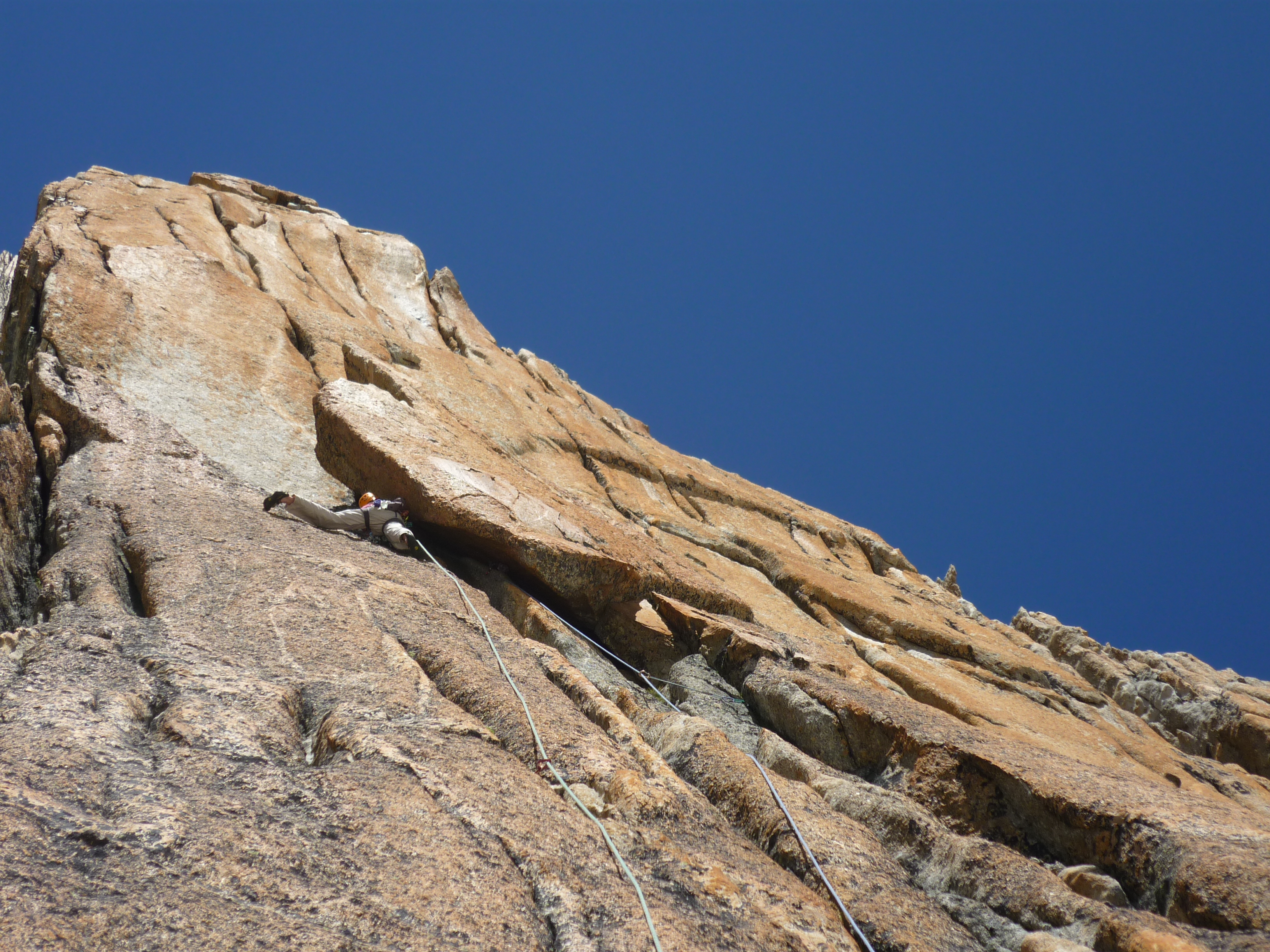 getting amongst it behind the big characteristic flake 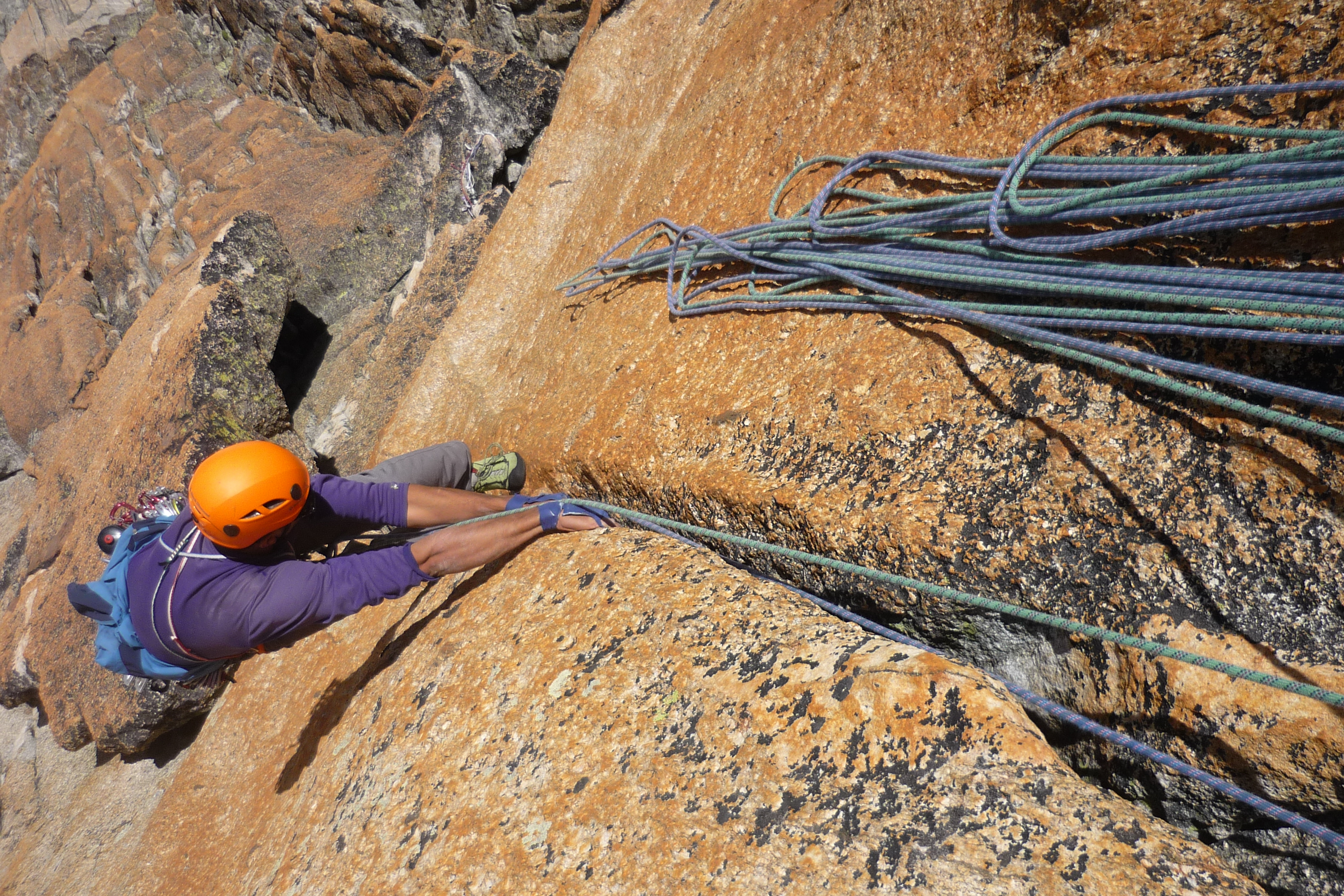 perfect 6c cracks above the flake 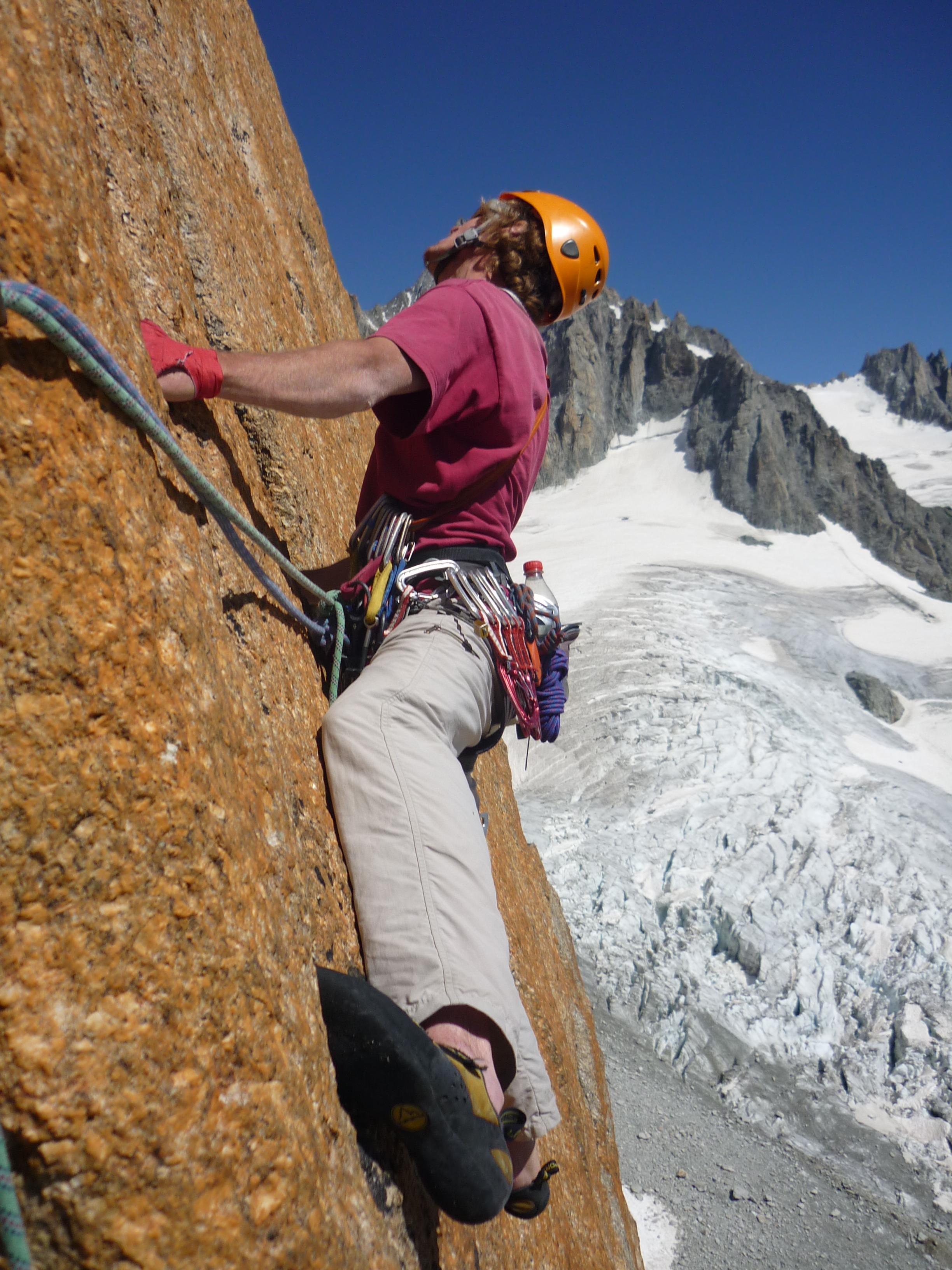 the start of the last pitch 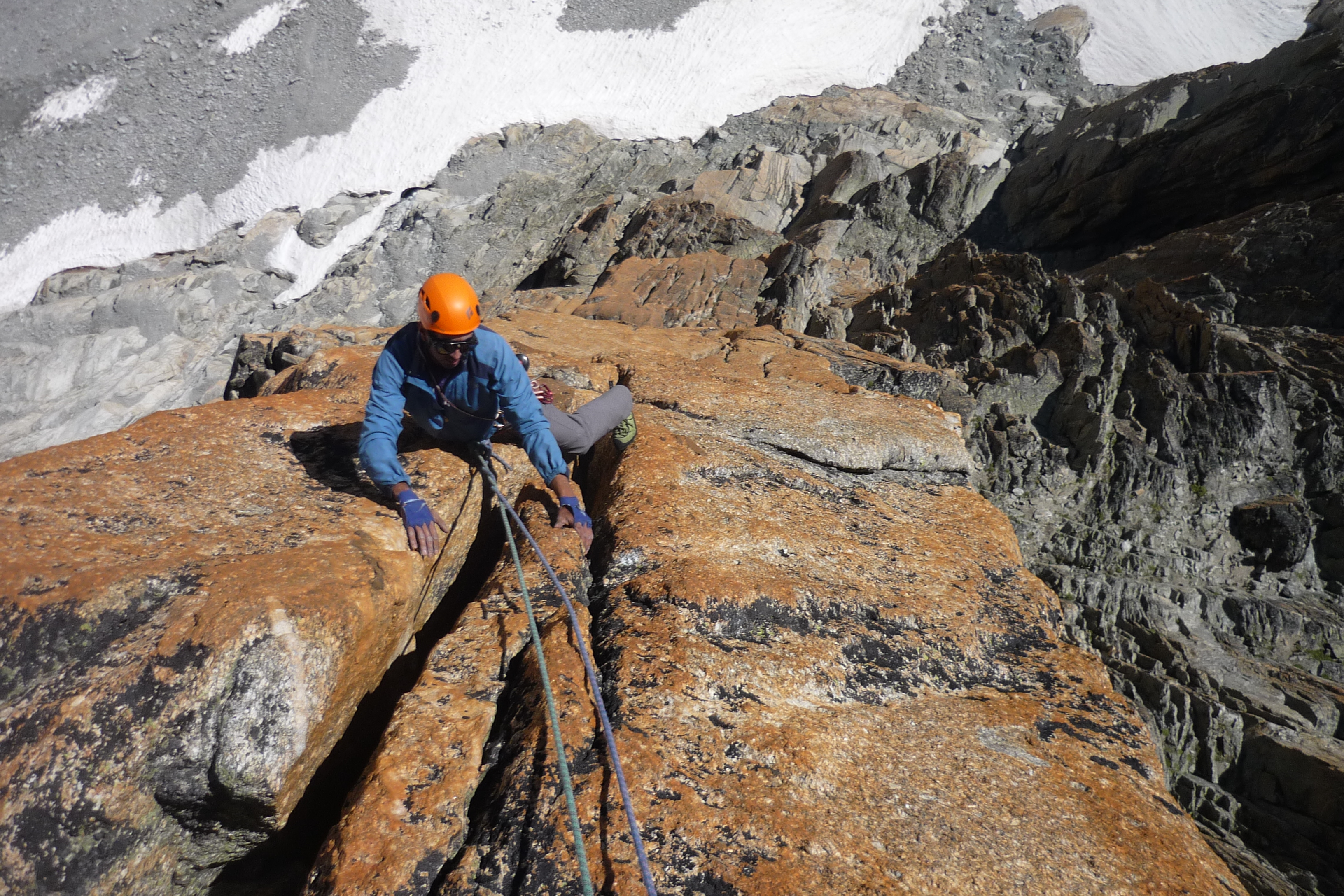 top of the last pitch

We rapped the route and walked back to Argentiere which made it a long day with more than 2500m total down-hill walking for the day, ouuff! Maybe a good idea to sleep in the hut…

For gear we thought wires, double rack of camalots until no.3 and one no.4

A week or two later Oliv was sur-motivé and suggested we do Sale Athée on the Moine. I looked at the topo and laughed at him as it was rated 8a… He explained that was just the last pitch and non-obligatory. So with some hesitation I agreed and off we went. Leaving from the first train to Montenvers, we stashed sleeping bags at the station and did the three-hour approach to the base of the route.

Half way through pitch three was where it started looking like we were in for an excellent crack climb. It just got better from there on.. 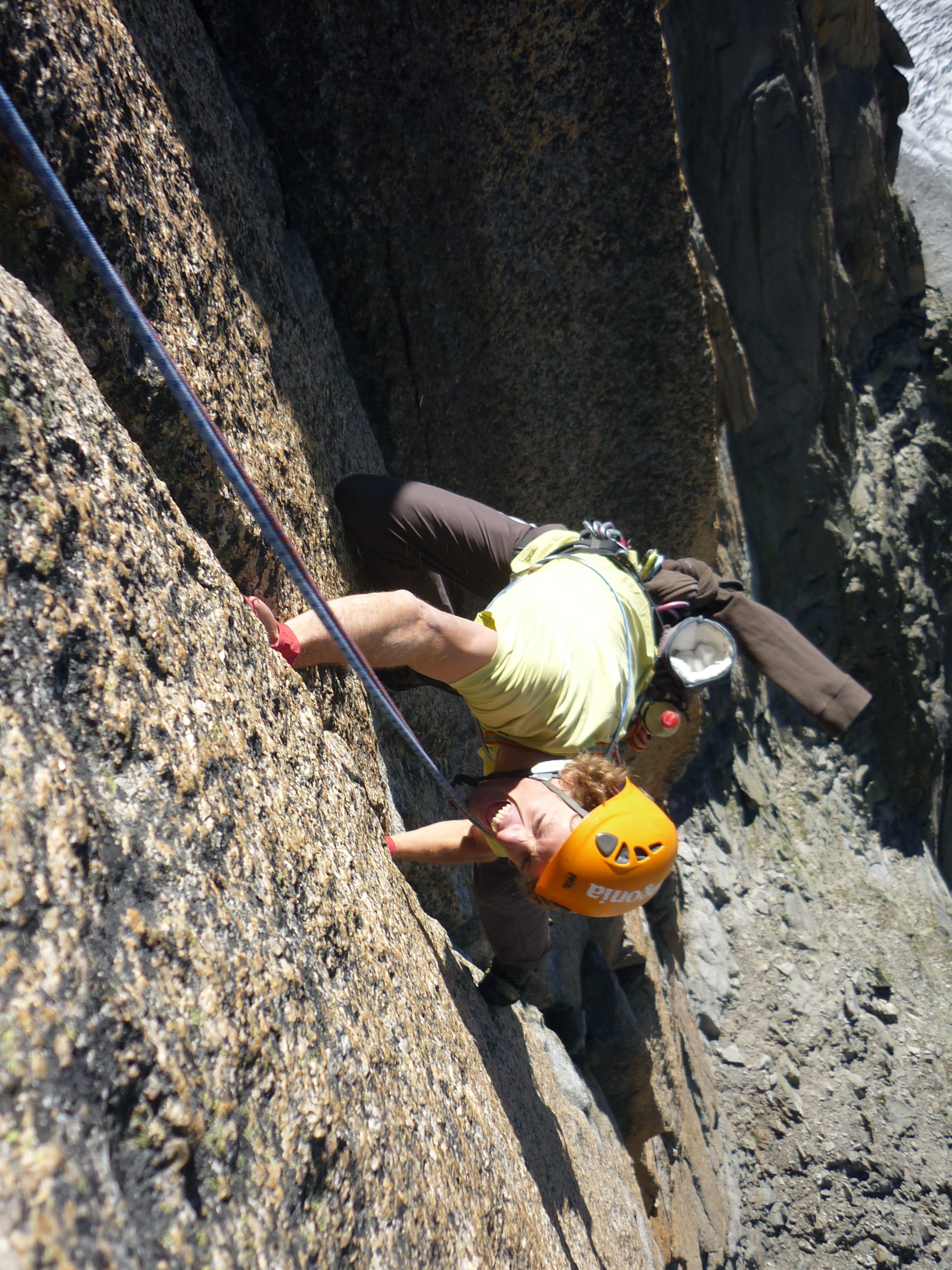 a bit of added drama for the camera here I think.. 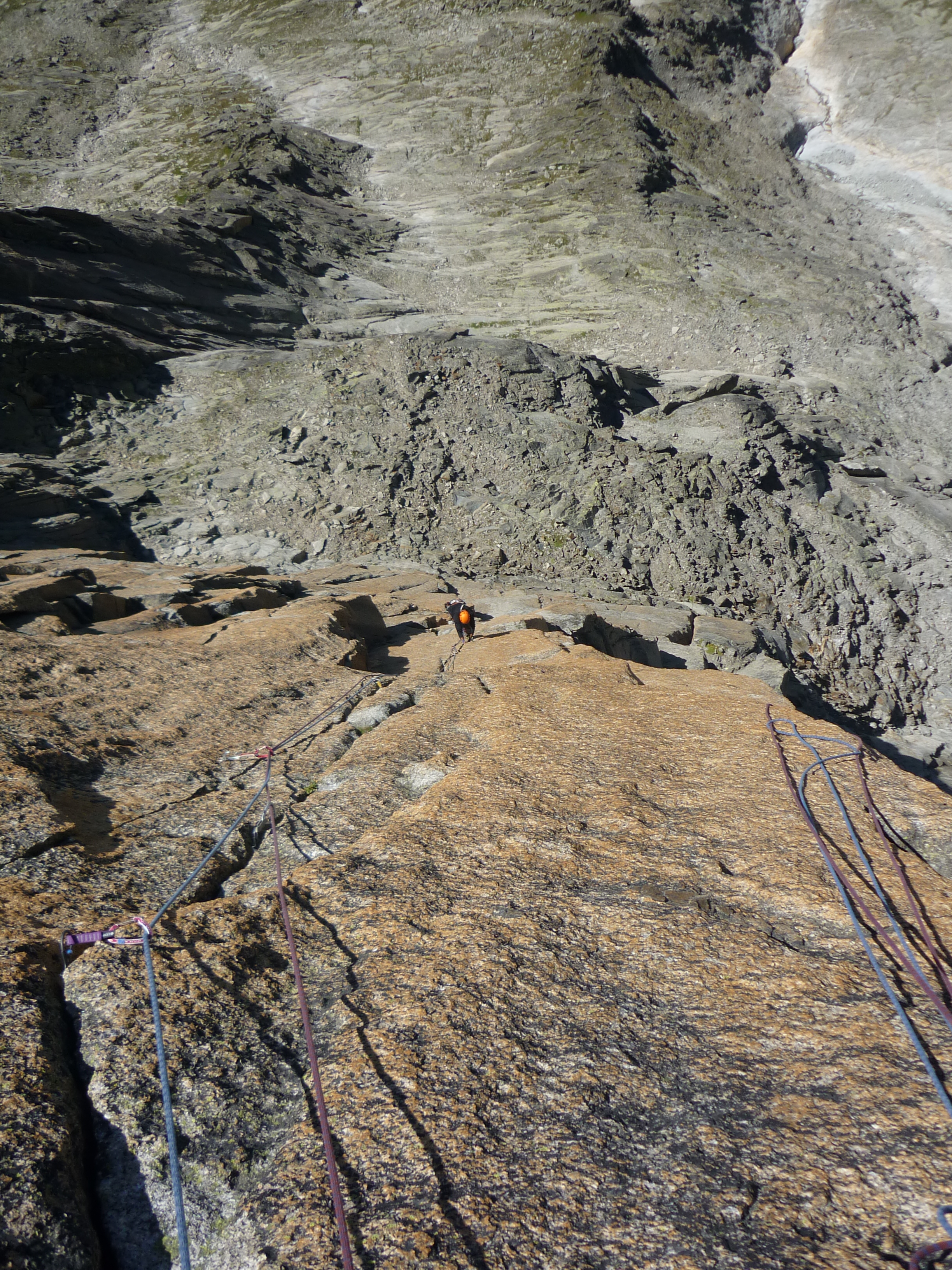 this pitch was a 40m hand crack, one of the best pitches I’ve ever climbed only tainted by the four bolts or so right next to the perfect crack for red and yellow camalots… oh well 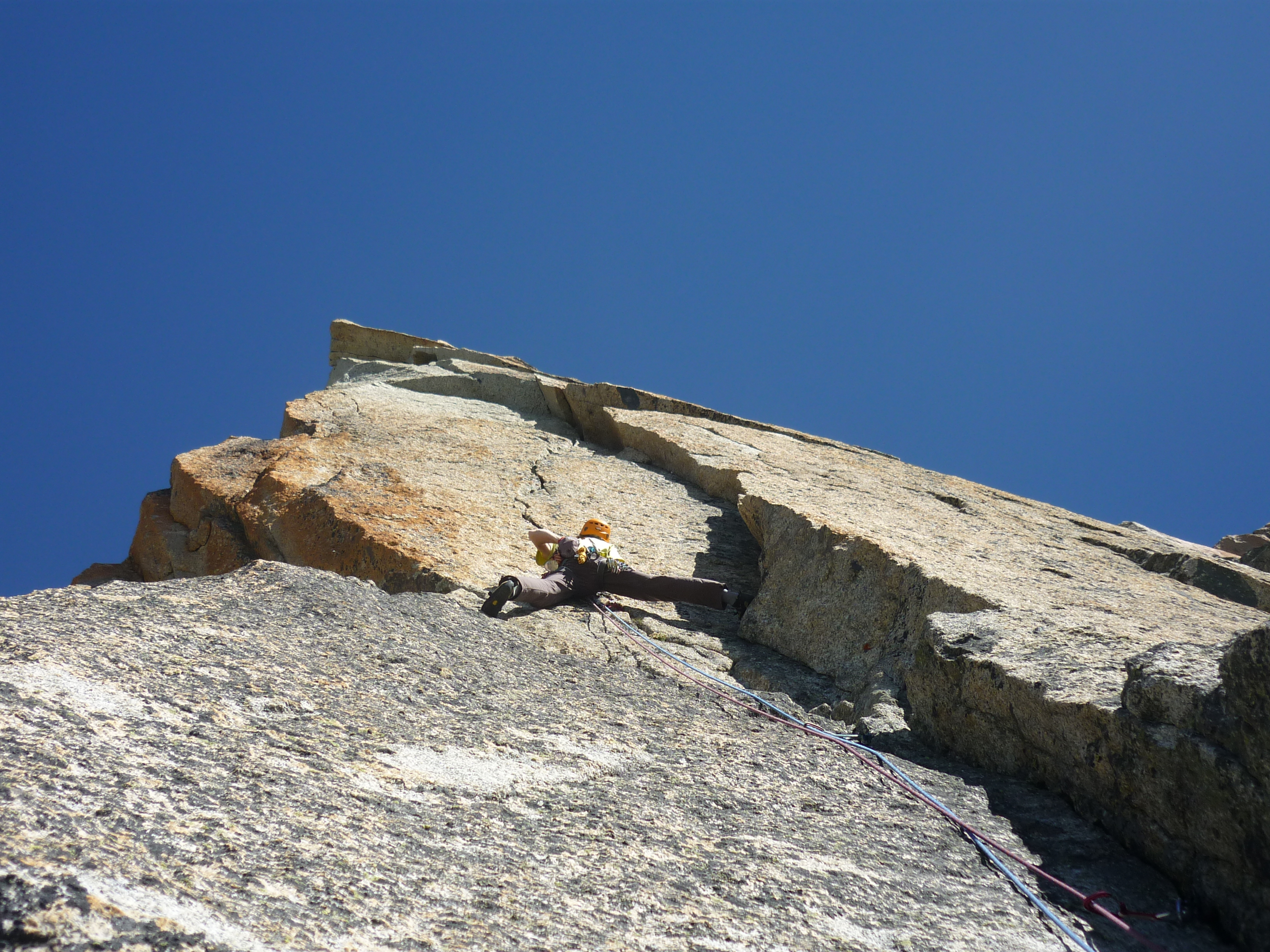 not fingers and not hands… 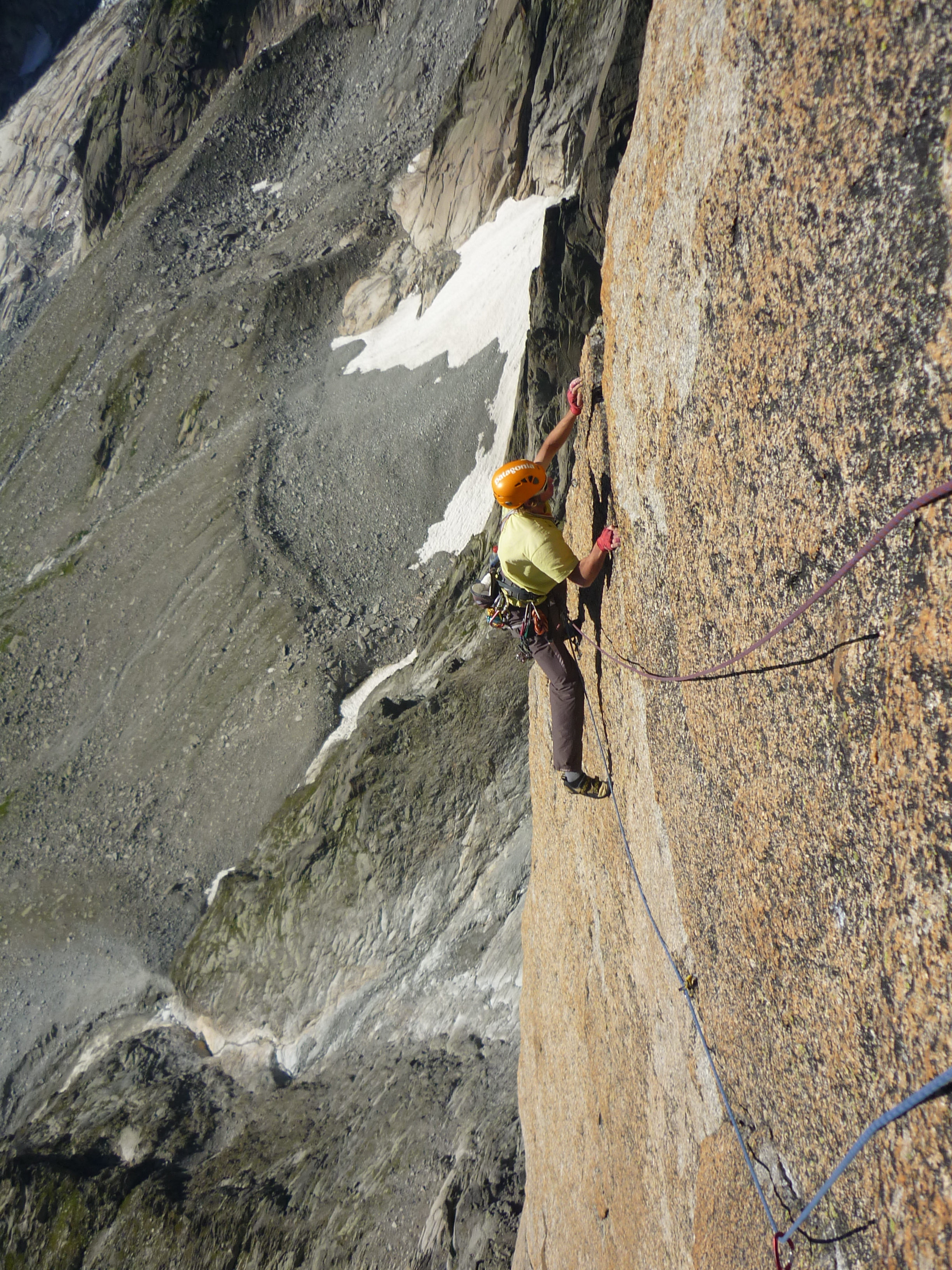 the airy 7a traverse..

For gear we thought wires, double rack up to no.2 camalots and one no.3.

Plenty of space to play in the Burnese Oberland

10 minutes of sunshine on the Dru
1 reply